On the 10th of April, European Bank for Reconstruction and Development, the Delegation of European Union to Ukraine and Greencubator announced the winners of the 5th stage of Climate Innovation Vouchers program. A panel discussion on financing for climate innovations in Ukraine proceeded the award ceremony. Roman Zinchenko, Greencubator co-founder, was a panel moderator. The panelists pointed out that cleantech developers face the same issues when looking for funding, as most tech startups. However, as Andriy Sorokhan, Venture Lead U.Ventures/ Western NIS Enterprise Fund noticed, there are not enough experts familiar with climate innovations, benefits, and risks of green investing. Sergiy Maslichenko, Associate Director at the Energy Efficiency and Climate Change Team at EBRD, said: “During the first phase of the Climate Innovation Vouchers program 31 companies got grants to develop their green projects. We’ve been working effectively during the last two years with Ukrainian businesses, and we can see great potential and significant opportunities, but also the need for ecosystem development of startups in the early stages.” Svitlana Kolomiets, an environmental policy expert, co-founder at ReThink NGO, emphasized that the Ukrainian business market should pay more attention to the entrepreneurial culture. It is crucial for forming the green business industry and ecosystem. She also stated we need to develop human resources and work more intense with personnel. 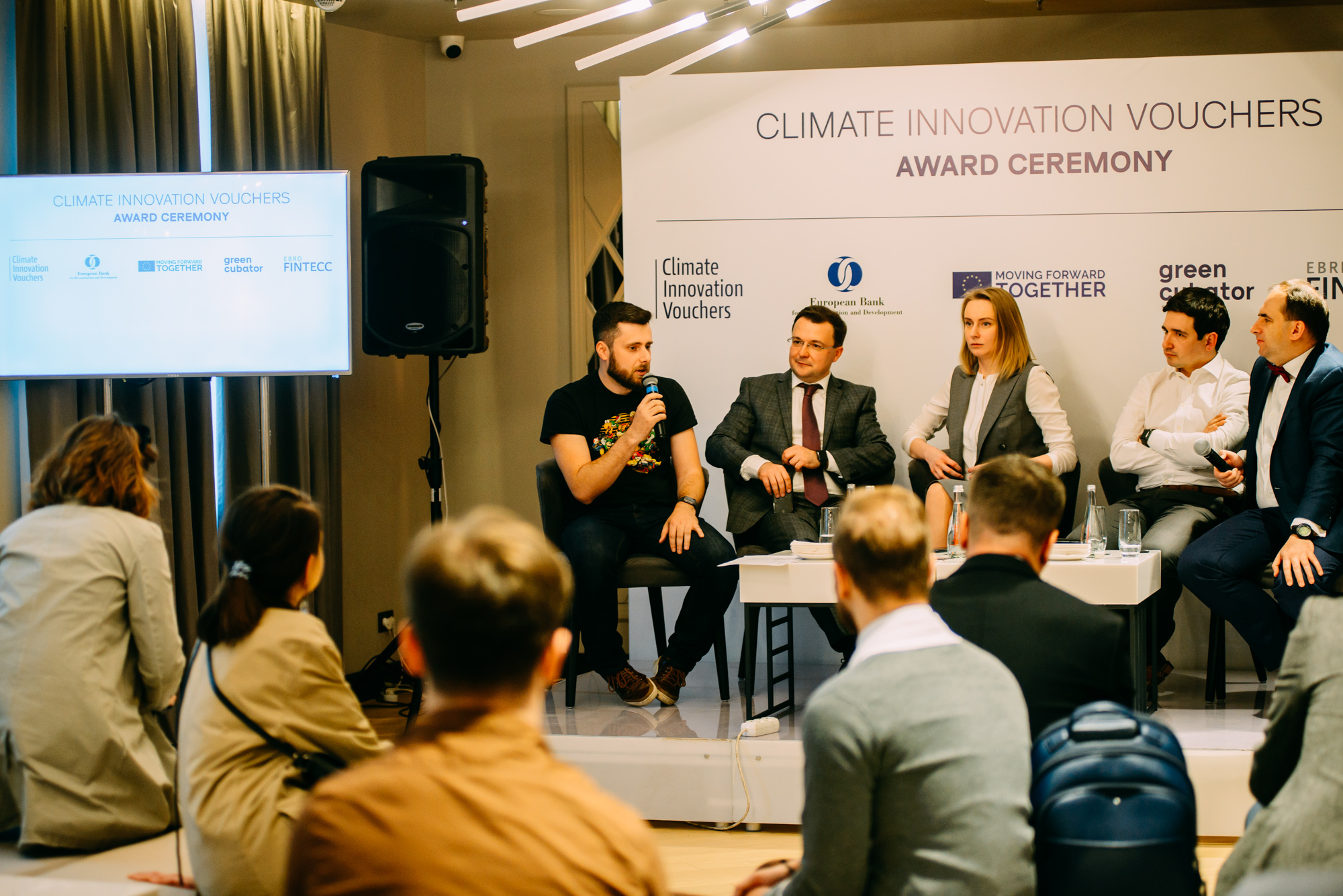 Roman Kravchenko, the founder at accelerator laboratory IoT Hub, who has invested in several Ukrainian cleantech products, specified the lack of team-building relationships in startups’ culture. Judging from his own experience, he noted that this issue can be solved by the storytelling from real Ukrainian companies. That will help share knowledge and experience. Summing up the discussion, Roman Zinchenko pointed out that the development of entrepreneurial culture and the formation of the ecosystem is one of the main tasks of Greencubator. By the efforts of the team, Ukraine became the first country within EBRD operation area, to launch the Climate Innovation Vouchers program. Recall that earlier we announced winners of the final stage, and a list of all companies that have received grant funding from the EBRD and the EU for green development is available on the program’s website.